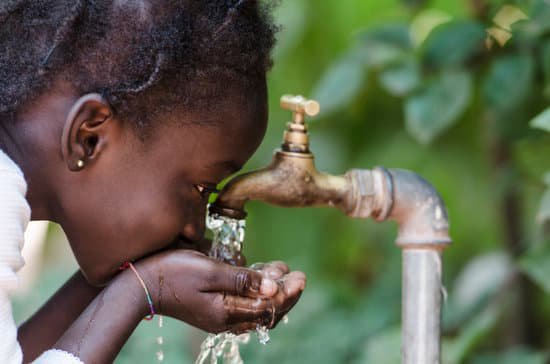 Lasy year Nigeria suffered a deadly epidemic of cholera due to contaminated water. Most of the places water source is a water well and borewells, which sometimes contains wastewater. Some people rely on artificial water sources due to water deficit, and some walk up to 10 km to collector water from dry river ponds.

Ethiopia used to have many lakes 20 years ago, which have now dried and used to their full potential. They recently build a 5 billion dollar dam along with Sudan to suffice the water need of its citizens. However, it may cause a conflict with neiboughring nation Egypt. Ethiopia is running out of its water resource. It rapidly becoming a water-scarce country; however, the major problem lies with the UK and Egtpy treaty of 1929 to share control of the Nile river.

Egypt having Nile river running through its center, is suffering from water supply problems. The capital city Cairo is batteling for water shortage. Ethiopia is pushing with the water dam project, while Egypt is not happy with the agreements. Egypt realized they could not rely on the Nile river, and water scarcity will become permanant if immediate steps not taken place. Between Egypt, Sudan, and Ethiopia has now devolved into a complicated triangle of contention. Egypt gets approximately 55 million cubic meters from the Nile river in addition to recycled water that makes a total of about 80 billion per year. This demand is rising every year up to 120 billion cubic meters.

DR Congo lies on the banks of freshwater lakes and has had heavy rainfall in recent years. However, it is still counted as water scarcity in the African region as it has no running water across its state. Many times water has to be traded from bordering countries

Rwanda is a country where water cost is double compared to other African water-deficit countries. A container is a cost at 50 Rwanda francs, and it is easily carried across borders from Rwanda to DR Condo without any immigration checks. Water scarcity has become imminent across Rwanda regions due to which the majority of children cannot attend schools.

South Africa is the wealthiest nation in the African region. However, consecutive three years of drought has made the capital city Cape Town’s water supply is run dry. There are legal rules in cities where water drinking water is not available for any other purpose other than drinking. People got arrest for even washing cars with drinking water. In some videos, good income earning people carry 4-5 buckets in hands-on streets, collecting water from public taps. The protests are ongoing against the privatization of water.

Tanzania has very few water resources. It is one of the water-scarce nations in the African continent where people lack access to basic needs, and sources of water are a far story. People travel 70 miles a day to search for water for themselves and their livestock. Water scarcity has led to war and conflict with neighboring countries and an increase in the rise of armed rebels. Not only that, but there has been an increase in cattle theft and smuggling.

Kenya has a population close a million, and more than half of Kenya’s population doesn’t have access to clean water. Villagers rely on local government to get water from trucks and boreholes, which contains harmful substances. The government is working to find water, but finding the water table has become an impossible challenge.

Uganda has adequate sources of water, and villages mostly have to dig a hole in open soil to get water. The problem is not with water but getting into it because most of the water sources are 50-0 deep inside the land. Uganda always faces a drought situation and require international help.